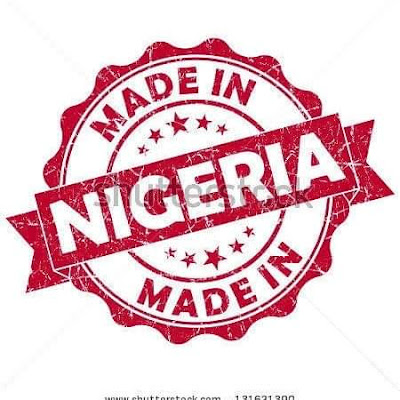 In the earlier part of the year, I walked into a frozen food store  and asked for the price kilo of Chicken, only for the sales girl to tell me that it is now N1500 per Kilo as against the former price of N1000. Really? I replied. She then went on to tell me that it was as a result of the borders closed according to the Federal government directive.

Then I thought to myself why pay for this when I can get a sizeable amount of beef for the same price. Needless to say that later bought beef to make some delicious stew.  I also noticed that more people tend to go for the local substitutes of imported food items


With the boarders being closed, Nigerians are being forced to consider and buy more locally made or grown products than ever before. Particularly the Nigerian alternatives of foreign food items that are consumed regularly like rice, frozen chicken etc.


It is now a common scene to see people leaving a frozen food store to buy beef from the nearest beef seller as they are likely to get more value for their money. Little wonder the local farmers and manufacturers are smiling to the bank more than ever. 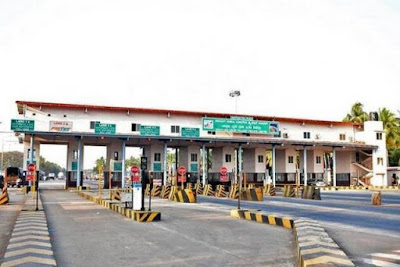 For the first time in a long while, the market is filled with so many locally grown or made goods that would never have found their way into the market. Thus making the market penetration of local produce now at its highest .


However, majority of these rice can not compete with the imported brands because of their low quality. They often get rejected by buyers as people do not want "treasure hunting" for stones in their rice while eating.

Even though producing quality rice can be quite capital intensive, it still shows that we are not fully ready for the market. Because if this border closure is lifted, some goods are automatically going to disappear from the market.

This reveals that it is high time Agripreneurs  started collaborating and pulling resources together in order to produce quality products so that local agro products can dominate the Nigerian market.


Also, prices of food items including the locally grown ones have generally skyrocketed. This is simply due to the law of demand and supply. The higher the demand for a particular good, the higher the price.

But before you start congratulating the farmer on his surplus sales, here are some questions to ask.  Firstly, who benefits the most out of the market situation? Is it the farmer or the middle men? And secondly who bears the brunt of the situation? 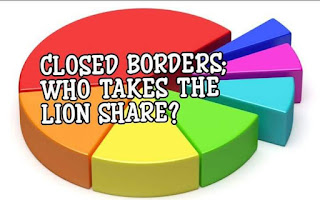 Most times, the farmer can sell at a particular price, however  he or she does not have the opportunity to continue to increase the selling price as middle men do.

For instance within a few days in a neighboring market, food stuff wholesalers and retailers increased the price of a certain brand of Nigerian rice from #1500 to #2500 per yellow paint when they noticed an increase in the demand for it  even when they still had it in stock.

However, the unpalatable aspect is that it is the masses that bears the brunt of this sharp increase in price.

This shows that Agri-preneurs needs to start having their own outlets and distribution channels in major markets in order to be partakers of the lion share and also sustain this market penetration and dominance even after the borders are no longer closed.

Popular posts from this blog

April 29, 2020
This season of global shutdown has so many lessons enbedded in it. Among which one of the most profound insight for Agripreneurs and business owners generally is to explore more avenues of making money from their business. Before now, traditional approach to increasing revenue in most agri-businesses (especially) in Nigeria were usually tied to business activities that can only be carried out physically.  But at times like these when covid 19 pandemic is challenging all the physical structures of doing business, it has become imperative to have online structures that can keep money flowing in. Here are 5 ways to creating Online income streams in your Agribusiness. 1)Online Orders and sales: Having online platforms where customers can make enquiries and place their orders which results into sales is very essential. However, you must also be ready to listen and respond to feed backs from them. Examples of these platforms includes social media, and websites. 2) Record
Post a Comment
Read more

How to obtain 50 Billion CBN COVID 19 Intervention funds for MSMEs.

May 08, 2020
In order to cushion the impact of the coronavirus pandemic on MSMEs, the Central Bank of Nigeria (CBN) introduced the N50 billion  Targeted Credit Facility (TCF) as a stimulus package to support households and  micro, small and medium enterprises (MSMEs) affected by the COVID-19  pandemic.  1.0 Who qualifies for the credit? According to the guidelines , eligible participants includes: i. Households with verifiable evidence of livelihood adversely impacted by  COVID-19; and ii. Existing enterprises with verifiable evidence of business activities adversely affected as a result of the COVID-19 pandemic.  iii. Enterprises with bankable plans to take advantage of opportunities  arising from the COVID-19 pandemic. 2.0 Activities Covered Eligible activities under the Scheme include: i. Agricultural value chain activities ii. Hospitality (accommodation and food services) iii. Health (pharmaceuticals and medical supplies) iv. Airline service providers v. Manufacturing/value addition
1 comment
Read more

What do I need to get a business loan?

June 12, 2020
For business owner who plan on accessing loans either from the government or commercial banks, here are some of the essential requirement: 1. Registered Business Name: this implies that your business name must be registered by the Corporate Affairs Commission (CAC). This shows that your company is legally recognised and also has clearly defined scope of business. This is a major requirement for any kind of business loan including Agriculture loans 2. Corporate Accounts: having a bank account for your company that is different from your personal account can so it makes it easier for the bank giving the loan. As it becomes easier for them to track the cash flow the business. Although, there can be some exemption to this depending on the terms of the financial institution. But if you're planning on getting  a sizeable amount of business loan  either from the government or commercial banks in the nearest future it is advisable to open a corporate account for your busi
3 comments
Read more

Subscrbe to our weekly revew

moneysmartfarmers
Meet JUMOKE AYENI, She is an Agriculture Economist who is passionate about helping Farmers and Agribusiness owners grow their business. She shares relevant financial and marketing information on the moneysmartfarmers blog that helps Agricultural start-ups and businesses to scale. Agricultural loans, grants and opportunities are also shared on the blog. She has a Masters degree in Agricultural Economics from the prestigious University of Ibadan. And also has a certificate in "The Economics of the Agro-Food value chain" from The Technical University of Munich, Germany. She currently lives and works in Lagos state.